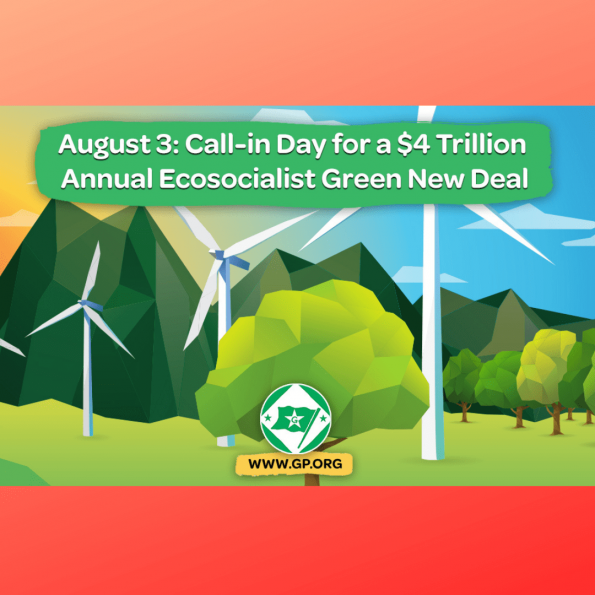 Tell the Senate: No cutting corners on the Green New Deal!

Tuesday, August 3rd, more than 110 green, community, labor and faith groups recently released a letter urging President Biden and Congressional Democrat leaders to fund a 10-year, $42 trillion ecosocialist Green New Deal far larger than the $3.5 trillion stimulus package target pushed by Senate Majority Leader Chuck Schumer. Senator Schumer says he intends to bring his $3.5 trillion economic stimulus package up for an initial vote before the August recess. It will need only 50 votes in the Senate. We need to urge the Democrats to support a much more robust climate investment – this may be our last best chance for game-changing funding, with the GOP likely regaining control of at least one House in 2022 (Note that the House is already in recess and probably will not vote until September. Also, this stimulus is in addition to the bipartisan infrastructure package they have agreed to). 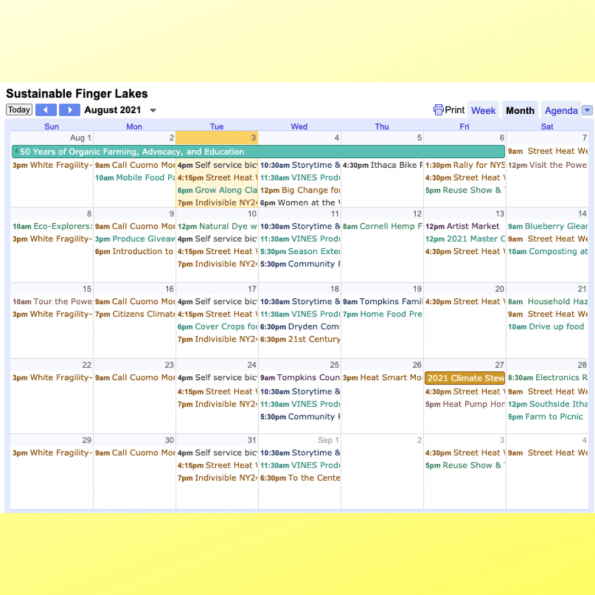 It’s August! This month, you can hit the Ithaca Artist Market, volunteer to harvest blueberries for families in need, learn about hemp with Cornell, rally for fossil fuel divestment, and much more! See the August calendar of events here. 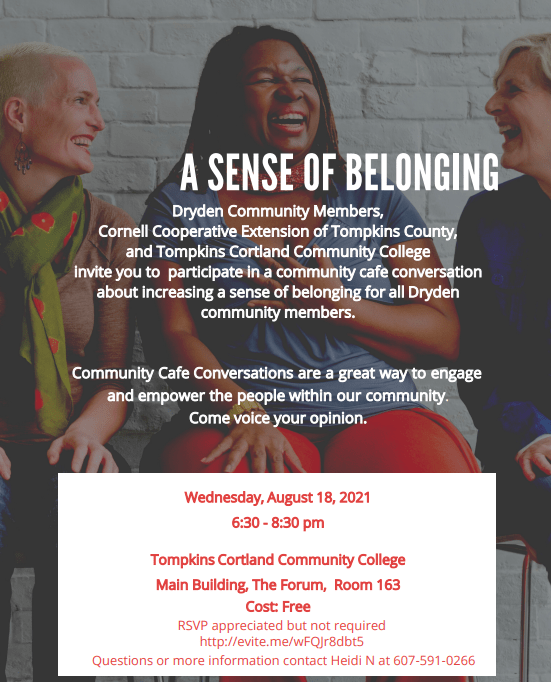 Increasing a Sense of Belonging in Dryden

Dryden residents are invited to a FREE Community Café Conversation at TC3 on Wednesday, August 18, 6:30 – 8:30pm to talk about increasing a sense of belonging for all Dryden community members. Community Cafés are a great way to engage and empower people within our community to make changes together! Come and voice your opinion!