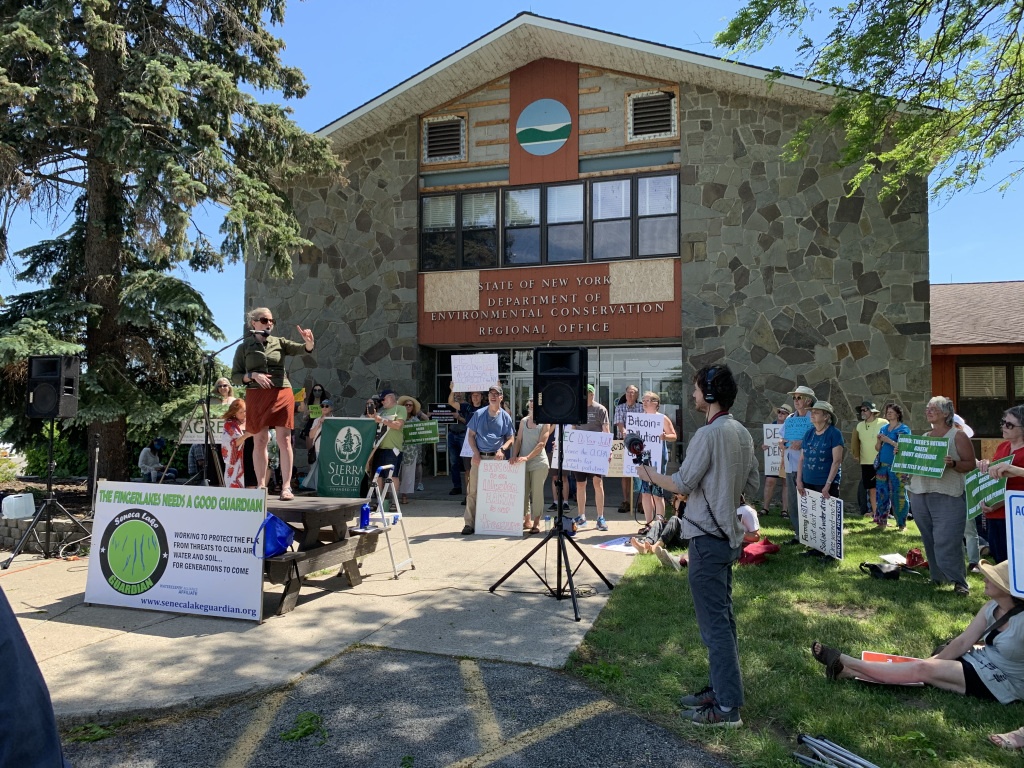 Assemblymember Anna Kelles, who is the sponsor of A7389, the bill that would put a moratorium on Proof-of-Work cryptocurrency mining, recently gave an update on the bill’s progress. The bill was vetoed in the last few days of the legislative session, which ended on June 10th. This was attributed to union opposition, mainly, the International Brotherhood of Electrical Workers, an electrical union that represents 40 contract workers employed by the Greenidge mine in Dresden.

Without this moratorium in place, companies now have until the end of the next legislative session (several months) to set up new cryptocurrency mines – which will be an easy feat, as there are 30 potential sites in New York State with cheap hydropower capabilities. This is a troubling possibility, as it undermines the goals outlined in the CLCPA; the most aggressive climate policy goals in the country.

Kelles says that the bill cannot be passed without first addressing union opposition, which she plans to do over the coming months. According to Peter Mantius, of WaterFront, Kelles said, “If they unions don’t budge, she said, she plans to go back to Assembly leaders and ask them: Are you willing to jeopardize our entire agri-tourism industry in the Finger Lakes, with its 60,000 jobs and $2.9 billion in revenue, for 40 (cryptocurrency) jobs?” Read more on WaterFront.