Urgent! We need all hands on deck to fight Bitcoin development in the FLX 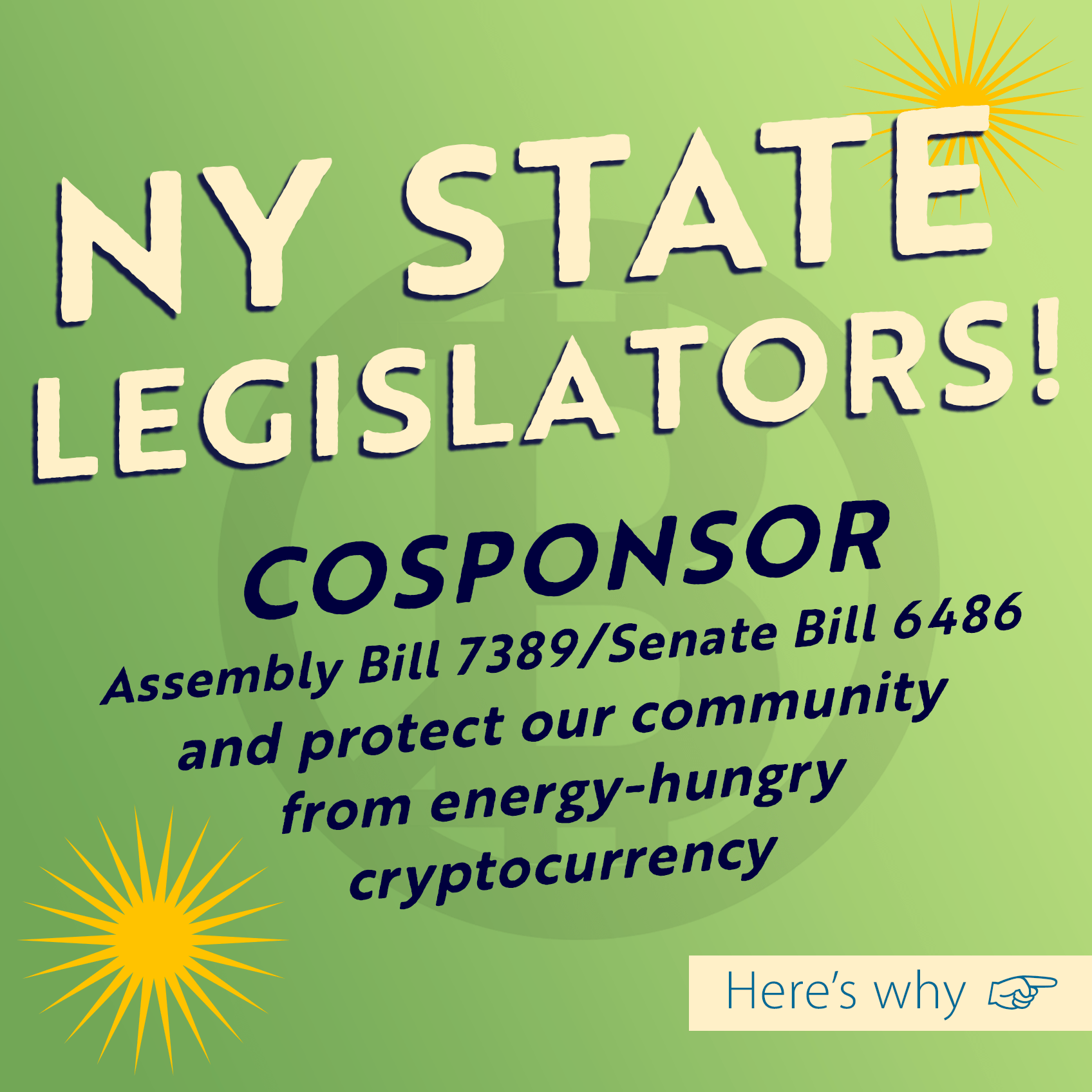 The short story: Bitcoin is a form of cryptocurrency – virtual money. The money is created by computers that solve a series of mathematical equations. The first machine to solve the problem wins. The more machines you have working on the same puzzle, the greater the chances you have of profiting. Some forms of cryptocurrency mining are extremely energy intensive. It can use the same amount of energy as entire countries like Argentina. Greenidge is the test-site for crypto in NYS. When Greenidge was converted from a natural gas plant to a Bitcoin mine, a full Environmental Impact Statement was never completed. As the plant plans to expand its operations, activists are organizing to halt expansion. Potential impacts of cryptocurrency expanding include:

Will you help us keep the crypto industry at bay? Here’s what to do:

Here are some more resources should you wish to learn more about this issue:

“Bit By Bit: Sacrificed to Bitcoin“: Youtube recording of a webinar featuring scientists, activists, community members, and Assemblywoman Anna Kelles. Kelles speaks about A7389 and the nuances of this particular situation. Worth a watch! If your time is limited, this is the best use of it!

“This power plant stopped burning fossil fuels. Then Bitcoin came along“: An article on the history of the Greenidge Generation plant on Seneca Lake.

Articles by local eco-journalist, Peter Mantius (from most recent to least recent):

Thank you all for your hard work! We can do this with your help!