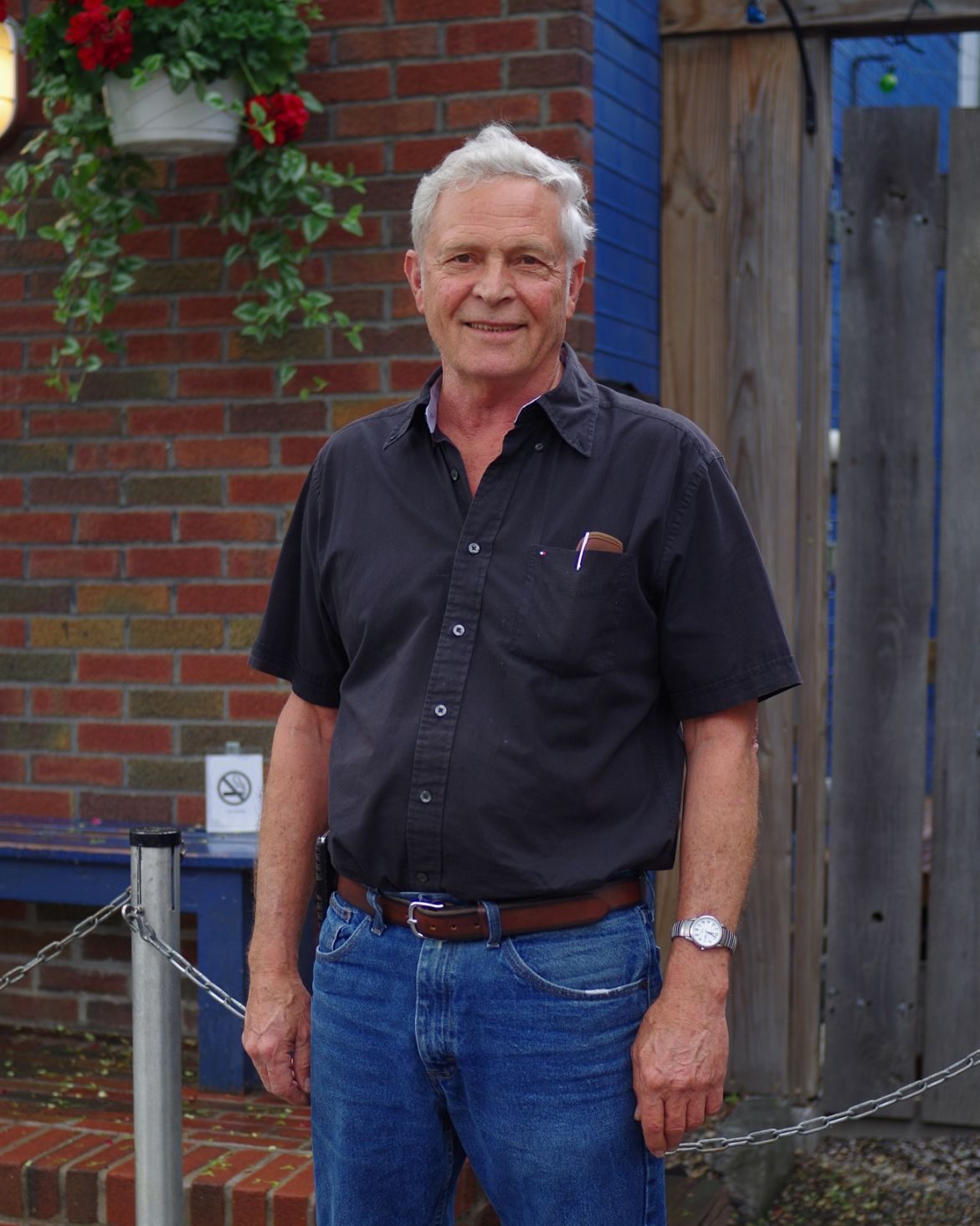 Thank you to Roger Beck of Beck Equipment for being our sponsor of the Home Page of the Sustainable Finger Lakes website, and the sponsor of the Democracy & Justice page on the Sustainability map. Roger is a long-time donor of Sustainable Tompkins, and has been a member of our Board of Directors for the past 6 years. These most recent sponsorships amount to $5,000, but over the course of his relationship with ST, he has donated over $27,000 in total. Roger is a rockstar!

Roger’s company, Beck Equipment, services and rents out construction equipment in the Ithaca area. But Beck Equipment is just one part of Roger’s unique journey to Sustainable Tompkins. After growing up in Dryden and graduating from Cornell’s Architectural Engineering program, Roger served in Vietnam in the Navy SeaBees (Construction Battalions) for a year. After being discharged, he started a construction company, which later morphed into Beck Equipment and took part in other business ventures. He also began to learn more about the Vietnam War: why the US was there, how it was conducted, the enormous amount of people killed and wounded, and its enormous impact on the US and the world (he noted the Pentagon Papers, “In Retrospect“, the Gulf of Tonkin, and the My Lai massacre as particularly illuminating). This led him to learn more about the government, and further ponder government activities. He concluded that very often, the atrocities that governments commit are supported by a significant population, simply because of irrational fears stemming from misinformation in the media or lack of knowledge. He quickly became an advocate for a more informed electorate and the values of honesty and transparency. In 2017, he channeled this passion by creating OnPoint Facts – a 501c organization dedicated to news with, “no twist, no spin, no agenda; just information that all audiences can read, reflect on and make their own sound judgement on.” He also inserted these values into his work at Beck Equipment. Roger says, “When you can do good work and back it up, that’s the foundation for good business. You become respected by your customers.”

Eventually, Roger ended up on the board of Sustainable Tompkins, and we are so grateful for his enthusiastic engagement and generous spirit. When I asked him why he had chosen to support Sustainable Finger Lakes so fiercely, he said, “We need to think big; bigger than the Finger Lakes, actually. But we need to take it one step at a time. We need to be uplifting our neighbors, reducing our carbon emissions, and visioning for the future.” Additionally, he wanted to set a good example, challenging others to support Sustainable Finger Lakes, too. As for the choice to sponsor the Democracy & Justice page of the map, he said, “That’s wear my heart lies. Our system of government and taxation policies don’t spread the wealth like it should. What we need to do is spread the word that things CAN be better for everybody.” We think so too! Luckily, there are many groups in the region that are working towards this (you can browse through them here)!

Big thanks to Roger for his unwavering support of the local and regional sustainability movement.

Interested in becoming a sponsor? Email Alexis at alexis@sustainabletompkins.org to learn about our packages.