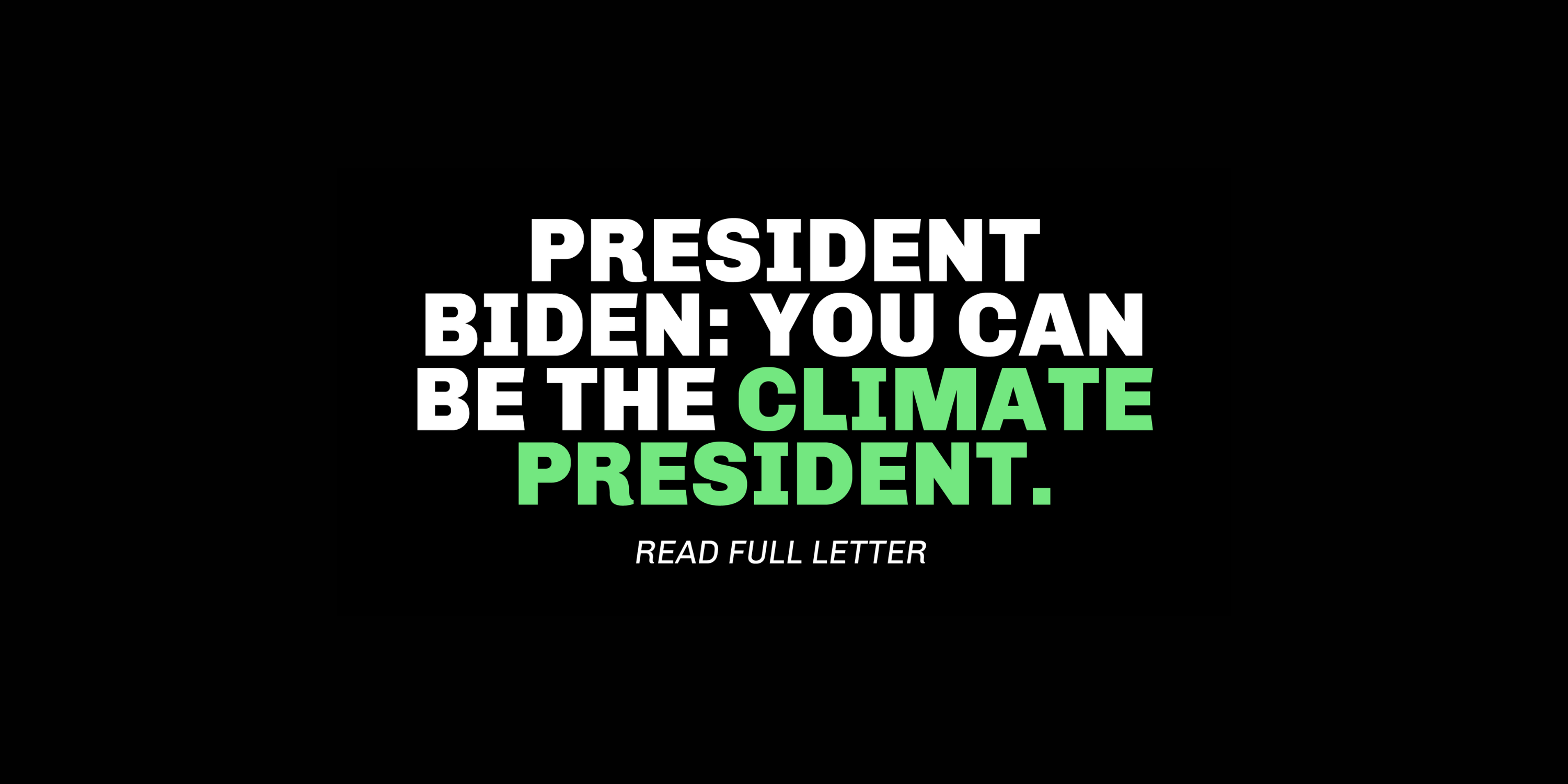 A powerful letter to President Biden has been gaining popularity, signed by everyone from high-powered executives like Jeff Bezos, to actor/activists like Leonardo DeCaprio, to rappers like Lil Dicky. The letter is open and explicit in holding the president accountable for his promises of climate action. CNBC reported, “on Biden’s first day in office, he rejoined the Paris Climate Agreement” The letter applauds him for this choice but also reminds him….

‘You’ve famously said: “When I hear the words climate change, I hear jobs.” We agree. While the climate crisis presents incredible challenges, it is also the greatest economic opportunity for innovation, job creation, new businesses, and investment in our communities. It goes hand in hand with restoring justice and building an equitable, inclusive, and just future for all.”‘

The signers also pledge to work alongside President Biden to “build back better”. Read the letter here.

Since entering office less than 10 days ago, the President has already made some of the boldest action on climate in history. According to Buzzfeed News, “The moves will stop new fossil fuel leases on public lands, boost renewable energy development and conservation, as well as create new government offices and interagency groups to prioritize job creation, cleaning up pollution, and environmental justice.”