Updates on Status of Police Reform in Tompkins County 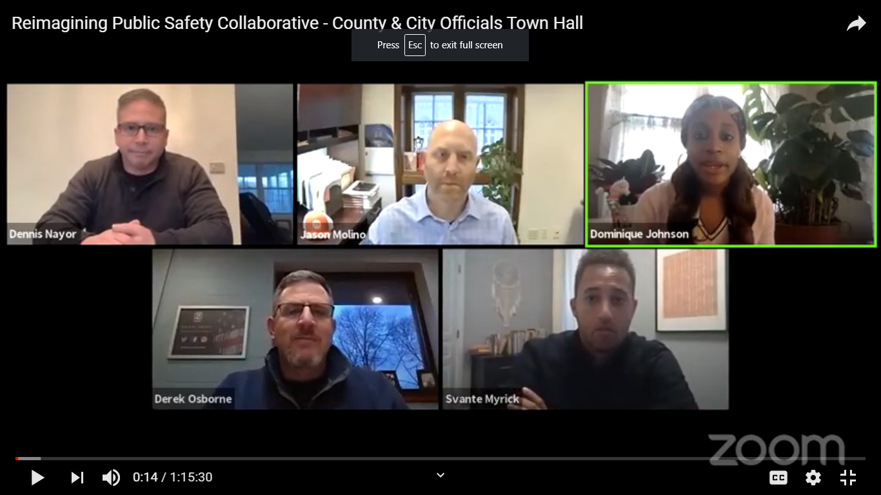 The “Reimagining Public Safety Collaborative” recently took questions from the public about Police Reform at a County & City Hall meeting via Zoom. County Sheriff Derek Osborne, Ithaca Police Chief Dennis Nayor, Mayor Svante Myrick, and County Administrator Jason Molino joined Dominique Johnson from the Center for Policing Equity for a candid discussion. One key takeaway was that county officials believe that working groups with carefully selected staff could facilitate suggestions for reform from the public, rather than placing the responsibility on the public to figure out the intricacies. Mayor Myrick shared that he plans to first build up alternatives and community organizations, then cut police funding by a 20% – 40% margin once that infrastructure is in place.

Missed it? Watch the video on Youtube, or read the full article by the Ithaca Times.