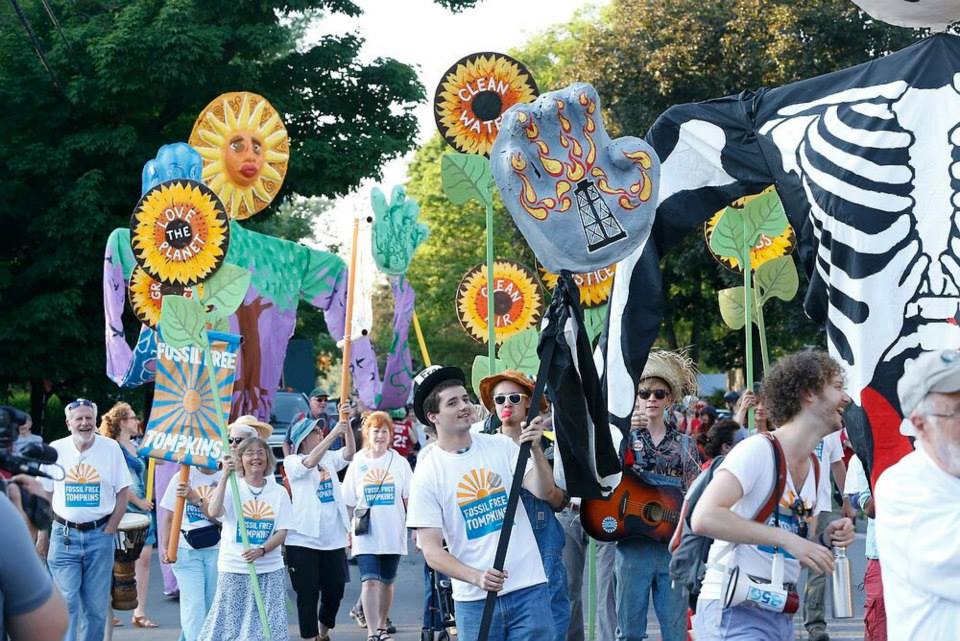 The New York Public Service Commission (PSC) today approved a precedent-setting agreement hammered out between grassroots environmental groups, the NYSEG and RG&E utilities, and energy regulators to stop growing gas sales and turn toward renewable heating alternatives, while keeping gas rate increases low. The PSC additionally agreed with grassroots environmentalists and consumer advocates that the utilities’ proposed electric rate increases were too high and ruled to reduce them to 2% per year or less.

At a voting session today held by the PSC, the state’s energy regulatory body took a proposal negotiated by parties to the NYSEG/RG&E rate cases and further modified it to reduce electric rates in light of the COVID-19 pandemic and economic crisis. The Commissioners’ actions today were more in line with what environmental parties had called for: approval of the landmark gas settlement and a repudiation of unconscionable rate increases on the electric side.

The gas agreement, which was called “a model for future rate cases” by regulators today includes a slate of gas reduction strategies, retraction of $128 million for gas infrastructure including pipelines, and funding of $1.5 million for renewable heating systems for low-income residents on top of the utilities’ other incentives for renewable heating and energy efficiency. Importantly, as part of the agreement, NYSEG and RG&E also committed to planning for no gas growth (offsetting new gas customers with heat pumps and efficiency), to stop marketing gas, and to seek alternatives to nearly all new gas investments.

After winning these concessions in the gas case, environmental groups joined with consumer advocates to fight the proposal to raise electric rates by double digit percentages. Today the Commission sided with environmentalists and consumer groups and in a rare move, modified the agreement to bring down those rate increases 2% or less per year. The mitigation of the rate increases was achieved by deferring some collections for costs to the future, which, without further action by the Commission could create a negative impact on ratepayers in the future.

“This decision demonstrates the importance of public engagement in the ratemaking process. We appreciate that the Commission took our concerns about protecting the environment and reducing the rate impacts to heart,” said Irene Weiser, coordinator of Fossil Free Tompkins. “We will need further actions by the Commission within the COVID and gas planning proceedings to make additional advancements on both these fronts.”

“We celebrate the efforts of all the groups that worked together to achieve these precedent-setting concessions,” said Jessica Azulay, Executive Director of Alliance for a Green Economy. “Most of the organizations who worked together to win this agreement had never been involved in a rate case before, but together we successfully went toe-to-toe with a multi-billion-dollar multinational corporation to advance our renewable energy transition.”

“At public hearings and in written comments, both low and moderate income ratepayers and energy activists called for NYSEG, RG&E, and the state to prioritize expenditures to address climate change, end investment in fossil fuels, reject the high level of proposed profit if the companies didn’t achieve clean energy goals, and keep costs low for low and moderate income consumers,” according to Carol Chock, president of Ratepayer and Community Intervenors, whose group tallied over 1,000 of the comments to the Public Service Commission.

“The transition to a clean energy future must be affordable for all New Yorkers to be sustainable,” said Kristen Van Hooreweghe, Project Manager for Rochester People’s Climate Coalition. “The gas case settlement, even with its environmental initiatives, has nominal rate increases. While we appreciate that this new order will maintain an arrears forgiveness program, and provide bill credits to low-income customers, we do not believe it goes far enough in requiring companies to share the pain with New York utility customers.”

”The Commission took an important short-term step today to stave off major rate increases in this case, but much of the decision puts off costs into the future for investments made today, which will contribute to increases in the future, said  Adam Flint, Director of Clean Energy Programs for the Network for a Sustainable Tomorrow. “In the 2009 recession, the Companies froze management salaries, trimmed benefits, and infused financial support from the parent company. Commissioners have enacted no such concessions in this new order. While New Yorkers are losing their jobs, utility company management will be maintaining their six-figure salaries and benefits, and their shareholders will be allowed an 8.8% return on investment. We call on the Commission to do more to address the mounting debt that utility customers are struggling under due to the COVID-19 Pandemic and economic recession by providing better customer relief and structurally bringing down utility costs”

Brian Eden, Board Chair of HeatSmart Tompkins, stated that since 2015 HeatSmart Tompkins has conducted public education programs promoting the replacement of fossil fuel-based energy systems with highly efficient electrical heat pumps for space heating. A reliable grid is critical to such a beneficial electrification program. “The Order provides far too little investment in correcting years of deferred maintenance on the substations, distribution lines, and full cycle vegetation management.needed to maintain system reliability while approving the discretionary initiation of an expensive AMI infrastructure program.”

The climate concessions gained in this utility case have helped move the needle away from fracked gas infrastructure and toward renewable heating. While more work must be done to ensure we meet our State’s climate goals and achieve energy affordability, environmental groups have shown that participation in the rate-making process can result in better environmental and affordability outcomes.